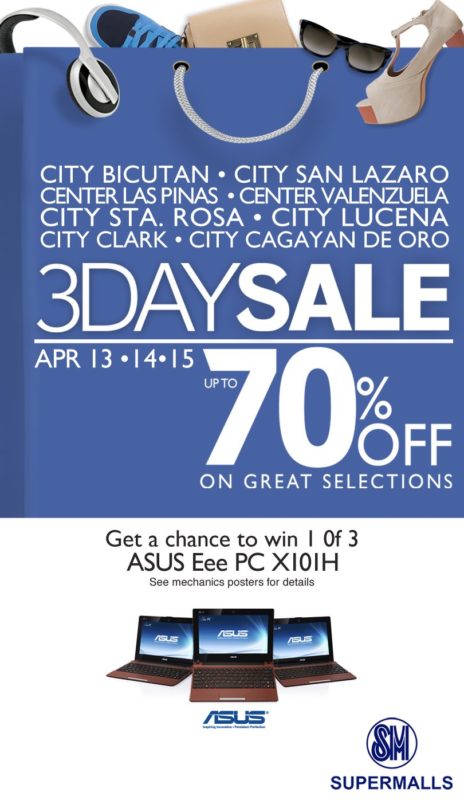 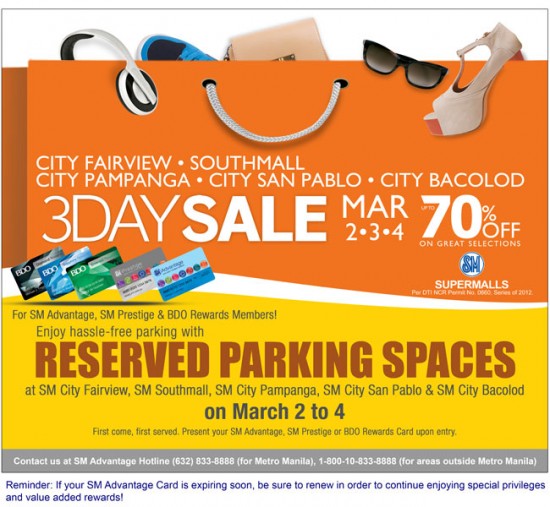 Reserved Parking Spaces are located at the following:

All SM Advantage and BDO Rewards card holders will get additional 10% OFF* at the 2-Hour Special on Friday February 3, 2011 at SM North EDSA**, SM Sucat and SM Rosario from 10am to 12nn!