Do Mutual Funds have compounded interests? Those were the same exact questions I have in mind for the longest time. That was before I finally got my license with Securities and Exchange Commission as a Certified Investment Solicitor (in short, a Mutual Fund Representative). 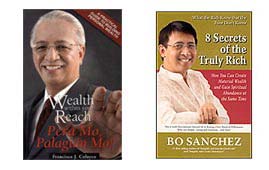 You see, my very first books on investments were those of Francisco Colayco’s “Wealth Within Your Reach – Pera Mo, Palaguin Mo” and Bo Sanchez’s “8 Secrets of the Truly Rich”.

In those books, there’s this illustration about Pepe and Pilar where Pepe was able to invest earlier. Both investments earned at a rate of 12% per year compounded annually. Somehow, it kinda reminded me that the story of Ping and Pong was taken from that story also.

Another story was about a Spender, Saver and Investor – Don’t Put Your Retirement Fund in the Bank –  where the 100,000 of John (the investor) became 6.4Million after 36 years.

As I was so eager to place my very first mutual fund investment in 2008 and finally got to know how it works, I was very clueless where the compounding actually happens.

[ad#content360]During that time, I joined this financial brokerage company where no one really explains you how things work. I was told to get the forms in this counter, fill it up and along with my initial investment, that’s it. I got my very first mutual fund investment. It was very easy – or at least that’s what I thought back then.

Later on, I found out that there’s 3.5% charges on my investment and the difference was divided to the NAVPS (net asset value per share) that day. So my P10,000 investment will have a charge of P350.00 and the actual investment is only P9,650.

Since there’s no one around to ask, I had no choice but to find the answer myself. Do mutual funds have compounded interests? Funny that I had several theories back then. Just to share, it was like this. I first thought that every year, the fund will be  withdrawn to be invested again so the gains will be locked. Or that every month, like in banks it will have interests and it will gain more interests.

But to my disappointment, it wasn’t. The simplest answer is a NO and a YES. No, they don’t have compounded interests in a linear form how we see them in banks. And Yes, because in its clear definition, Compounding Interests is when interests are added to the principal to earn more interest. In mutual funds, compounding is in the works internally. For example, in an Equity Fund (invested in stocks), earnings made on the buying and selling of shares are added back on the principal and are used to buy more shares. 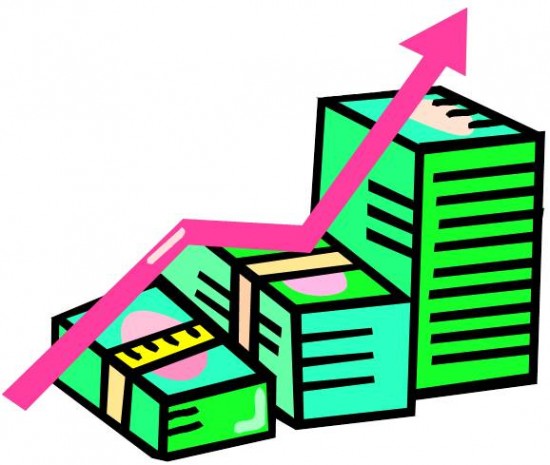 Should I be worried?

If you’re going to trace the trajectory of the Philippine Stocks Exchange in the long term, it is almost diagonal. That means that in the long run, it is not going downwards. So based on history, if the fund is invested mostly on blue chip companies, it’s safe to say that the sample scenario hasn’t happened yet.

As a matter of fact, in Sun Life’s Equity Funds, the Worst Case Scenario for someone who invested in a 10 year period would have doubled his investments. And that’s the worst, mind you.

So why do they show the returns as Compounded Annual Growth Rate?

That’s also my question before. If that’s the case, why do they present it in a linear computation way? They actually do it since most people prefer to think of rates as a yearly percentage. It’s the same reason why many governments require financial institutions to disclose the equivalent yearly compounded interest rate on deposits or advances.

They have a formula in computing that. But the formula is used the other way around to get the Compounded Annual Growth Rate – which is in the end. You can only project, but you can never really tell the accurate percentage since returns are not guaranteed.

That’s the same reason why the Insurance Commission prohibits that use of higher than 10% return illustration on VUL plans.